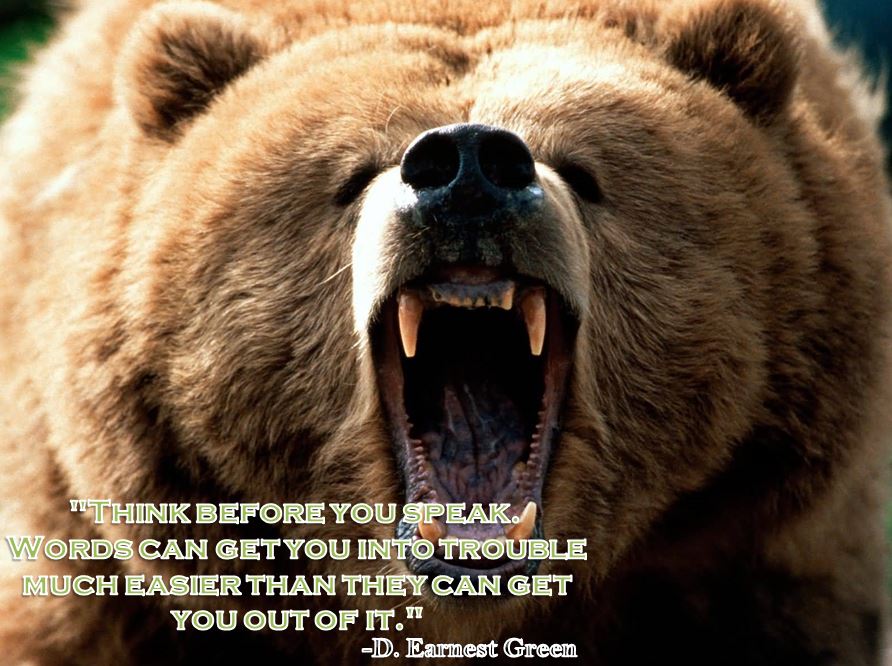 Think before you speak.  Words can get you into trouble much easier than they can get you out of it.

Someone I know made a comment today about how some people have the ability to raise large sums of money for what he believed was a, “ ridiculous cause.”  He wished he could come up with an idea that raised money for himself as easily.

The situation that he thought was ridiculous was about a bear named Meatball who was pulling a Yogi Bear on the City of Glendale.  Meatball was given his name and celebrity status from an incident where he broke into a home, opened the refrigerator, and proceeded to enjoy  some Costco meatballs.  He was repeatedly returning to Glendale on trash days and was eventually tranquilized and sent to an animal preserve.  A twitter handle, @TheGlendaleBear was created and helped raise money to save Meatball.  You will see a tribute on New Year’s Day 2014 with a float in the Rose Parade.

What he was missing was the difference between:

The stuff that works and grabs our attention are things with heart in them.  They seize our attentiveness and leave us with a slight feeling of vulnerability.  This is what caused people to reach into their back pockets and donate.

The raising of funds for Meatball was not about a greedy money-grab set into motion by a self-interested blogger.  It was about a touching story that made people take action.  THAT’S the point he missed.

The story wasn’t about how much the bear cost.  Saving Meatball was the story…and that’s what grabbed our attention.

Tell me what you think